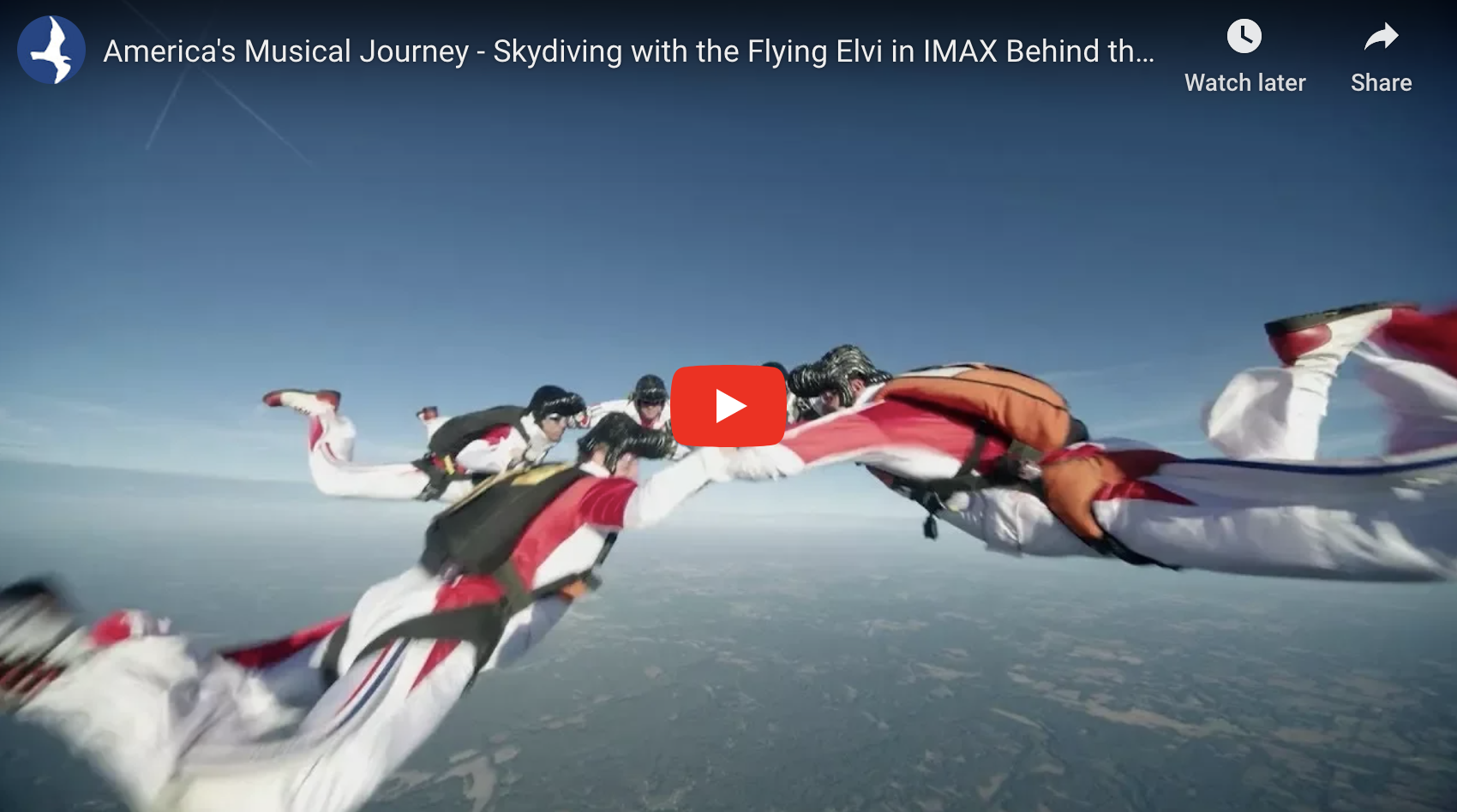 Meet the Flying Elvi. This week we go behind the scenes of America’s Musical Journey where the MFF film crew is on location in Memphis, Tennessee, home to The Flying Elvi.  These guys make sky diving look like a hunk, a hunk of burnin’ fun. Watch here. 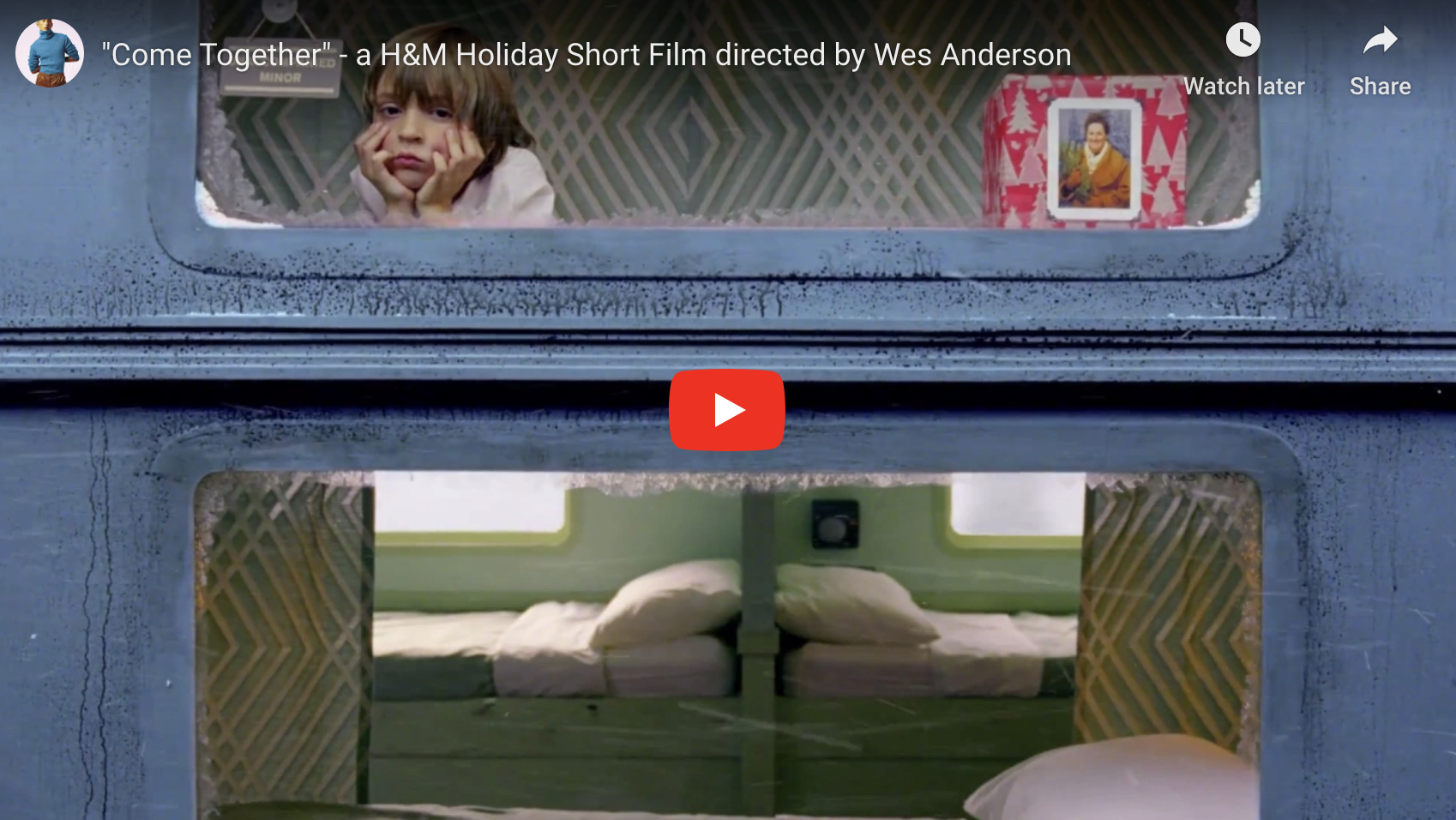 Wes Anderson at Christmas time. Not long after his masterful film The Grand Budapest Hotel won nine Academy Awards including Best Picture, Wes Anderson made this 4-minute short film about a train ride at Christmas time. While ostensibly an ad for the clothing brand H&M, the film is pure Anderson, and fans (like us) will enjoy its idiosyncratic, charming style.  Watch here. 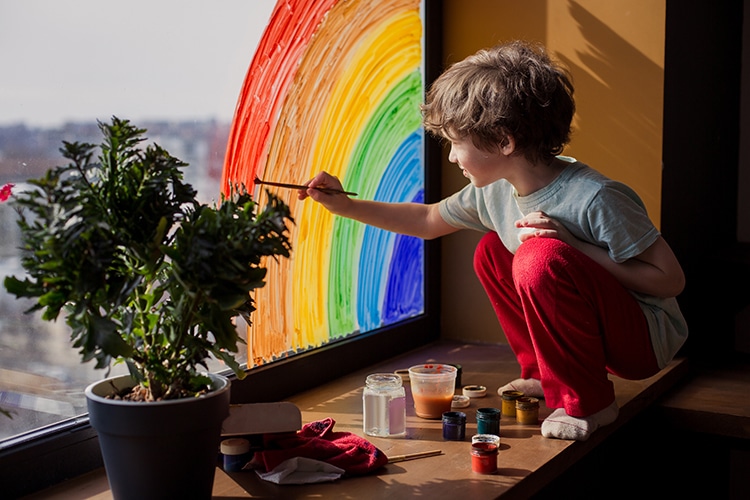 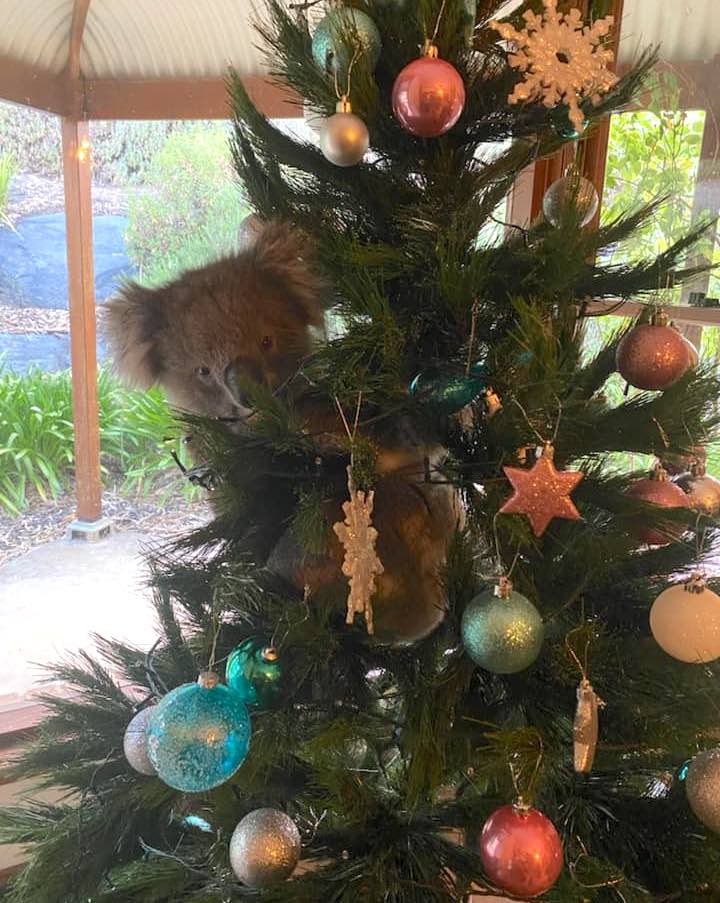 Koala me crazy. Only in Australia is this story possible. An Australian woman recently came home to find a furry friend hanging out in her Christmas tree. Apparently the koala had snuck into her house, which is not uncommon in Australia, looking for some Christmas spirit. A wildlife rescue group returned this cutie to her natural habitat, but not before this adorable pic went viral. Read more. 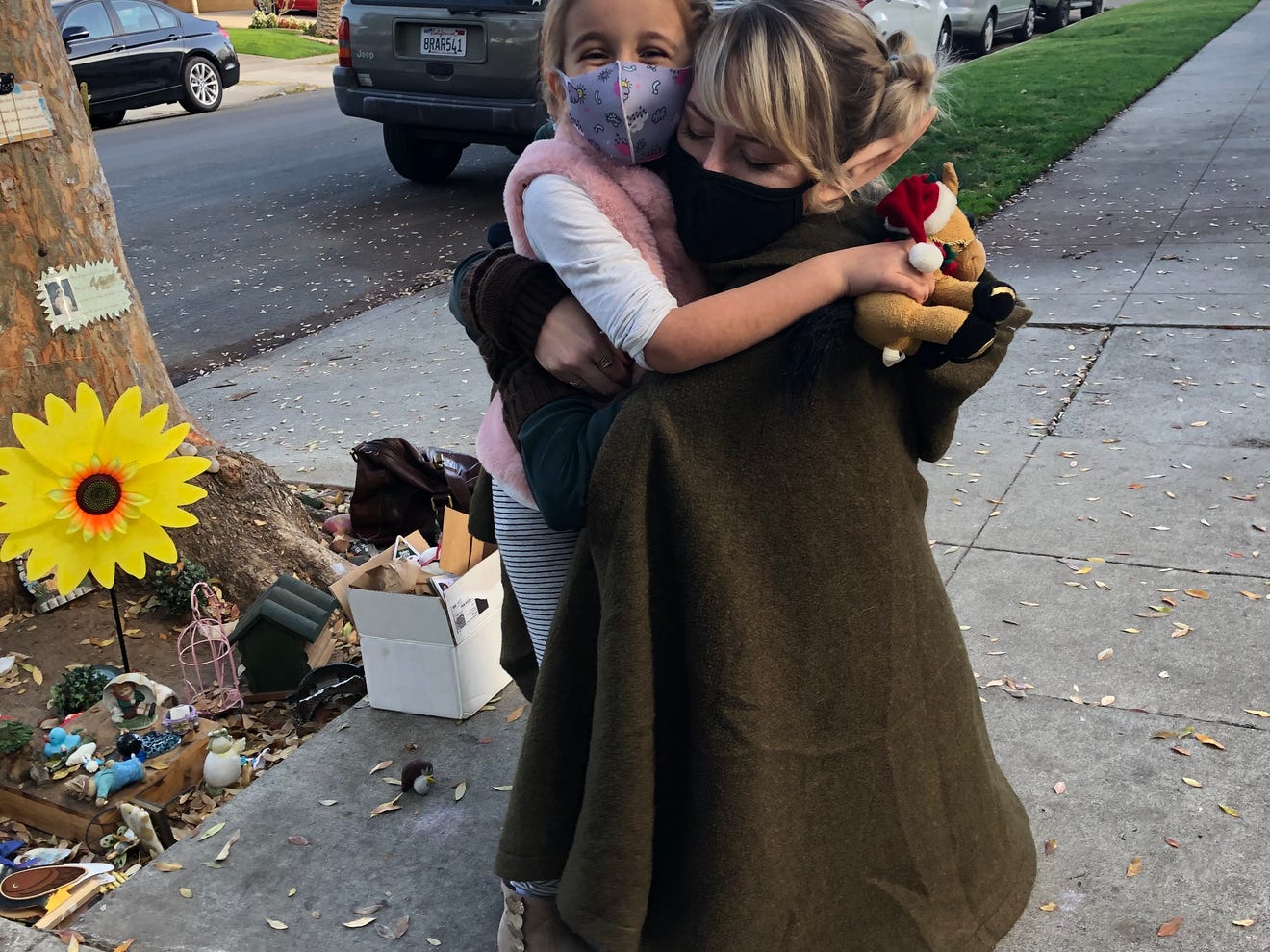 A “fairy” cute friendship. Earlier this year, a lonely 4-year-old girl named Eliana built a fairy garden outside her LA home in an effort to brighten the day of whoever passed by. She left a note reading: “please add to the magic.” Little did she know that a “fairy” named Sapphire found her note and began leaving her notes and little gifts, leading to a beautiful friendship. A real life fairytale come true. Read more.

Can you hear me now? “Losing the Signal is another great book. You get to read about not only the rise and success of a major company, Blackberry, but also its total failure and ultimate demise in market share. It’s funny to remember how Blackberry used to be the ‘it’ thing.” Available here. 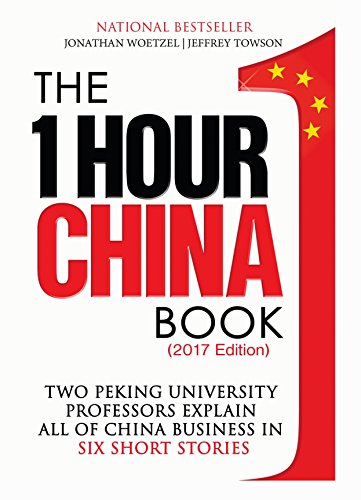 Understanding the Chinese business market. “I went through a few months where I really wanted to understand the Chinese business market: its history, the consumer, where it was going, how it was different from the U.S. market. This series of books written by two Peking University professors is very instructive and helpful. Having one billion consumers to reach means that companies in China can solely focus on China and become huge, immensely successful mega-cap companies. Then once they reach scale they can go global. Alibaba, Tencent, JD, Tiktok, are all good examples.” Available here. 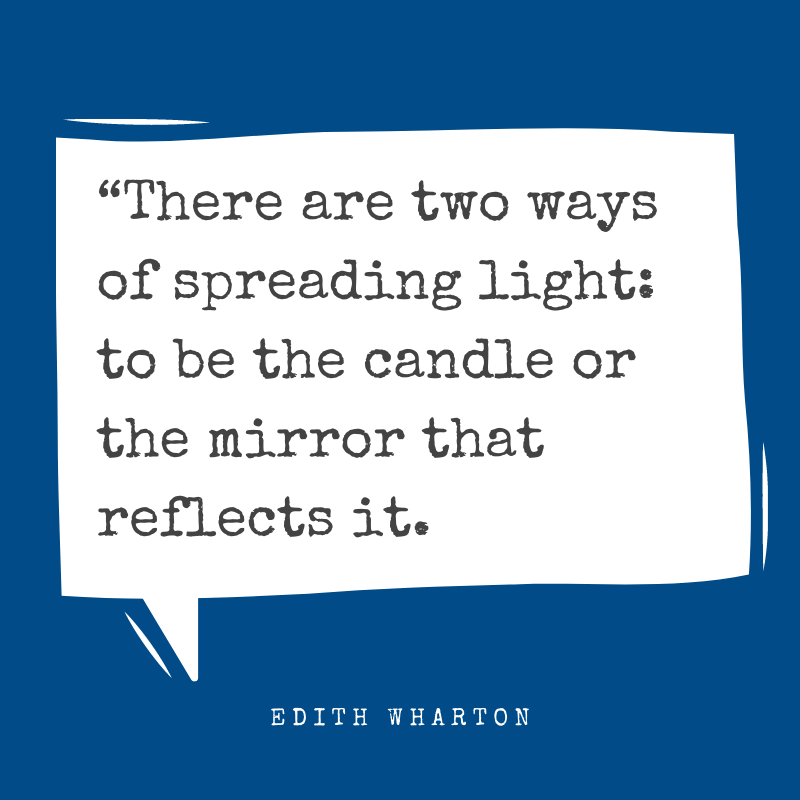 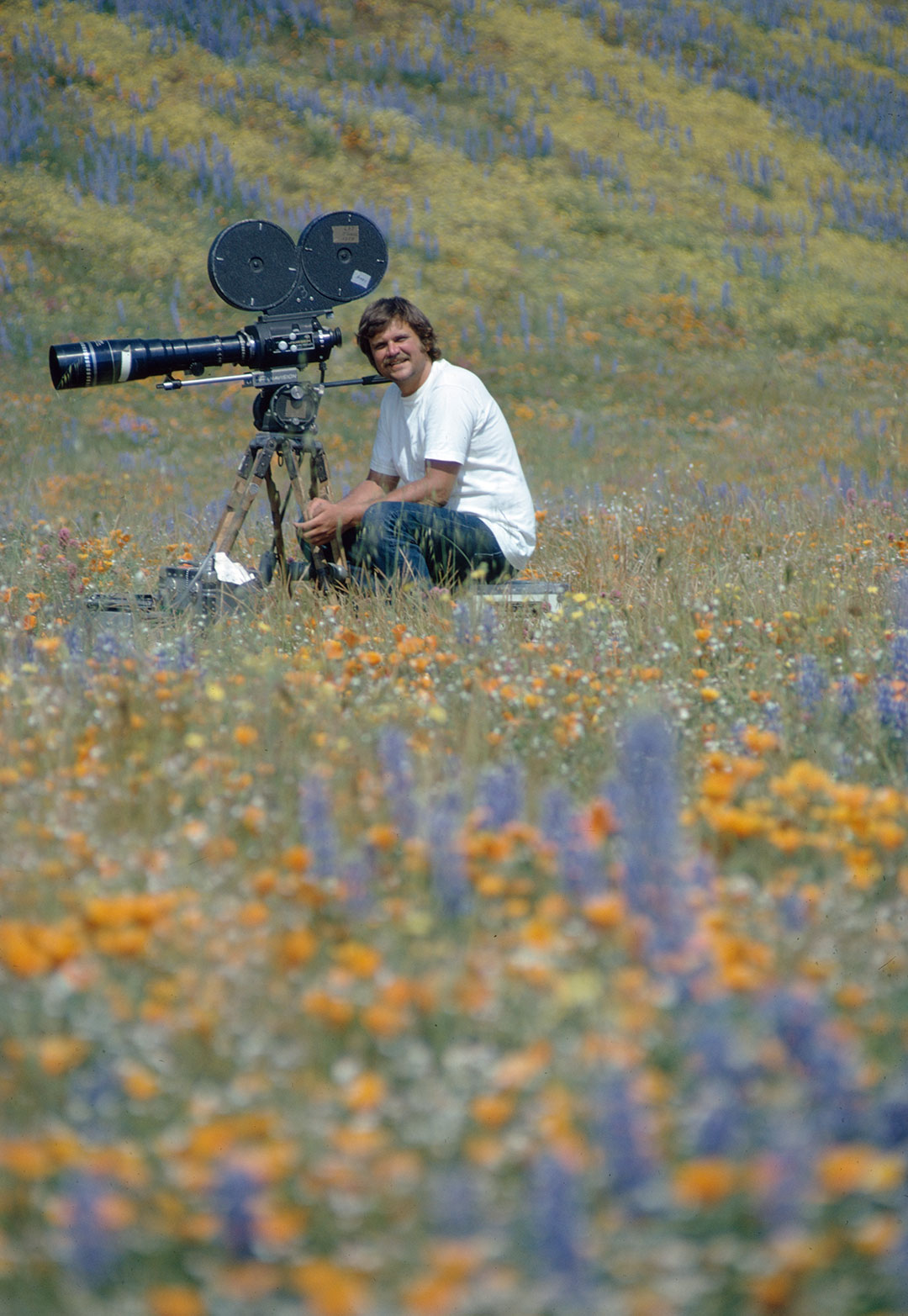 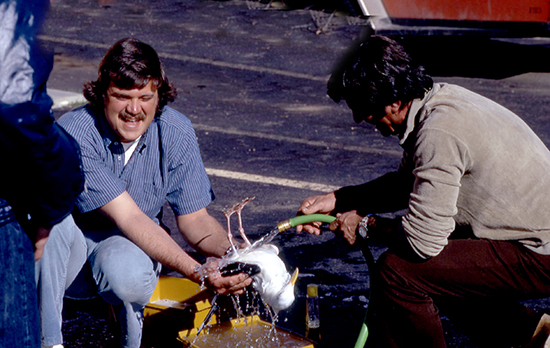 Ready for a close-up. “When Jim Freeman and I got the job to photograph part of the feature film Jonathan Livingston Seagull for Paramount Pictures, I was busy finishing Five Summer Stories, so Jim and our team took on the vast majority of shooting for the new film. While most of the cinematography was shot by helicopter, there were also many shots captured in Yucaipa, where Jim went to film the beautiful California wildflowers in spring (top photo). In the second photo, Jim is washing one of the film’s “actors” so that its feathers were clean and ready for a close-up. We had captured the birds at the county dump where they would hang out (using Fish and Wildlife Services protocol), so they needed a bit of freshening up. Jim’s work on the film took about four months and resulted in it being honored, along with its director of photography, the talented and wonderful Jack Couffer, with an Academy Award nomination for Best Cinematography.” – Greg MacGillivray