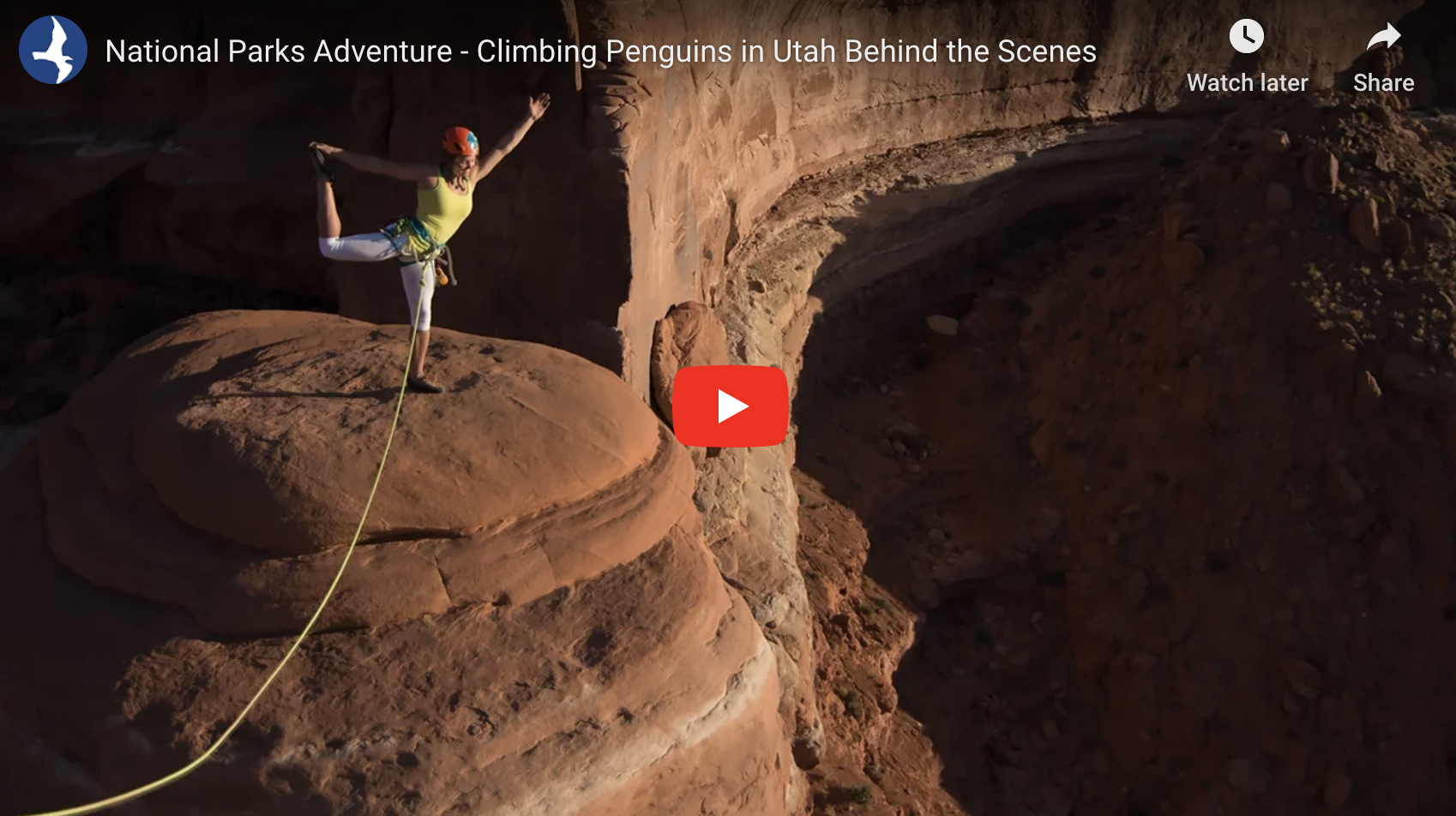 Climbing Three Penguins. This week, the MFF production team finds itself on location in Arches National Park, Utah, filming rock-climbing scenes for National Parks Adventure. Professional climber Conrad Anker is joined by his son Max Lowe and friend Rachel Pohl, and together these three make climbing look easy. Whatever you do, don’t look down. Watch here. 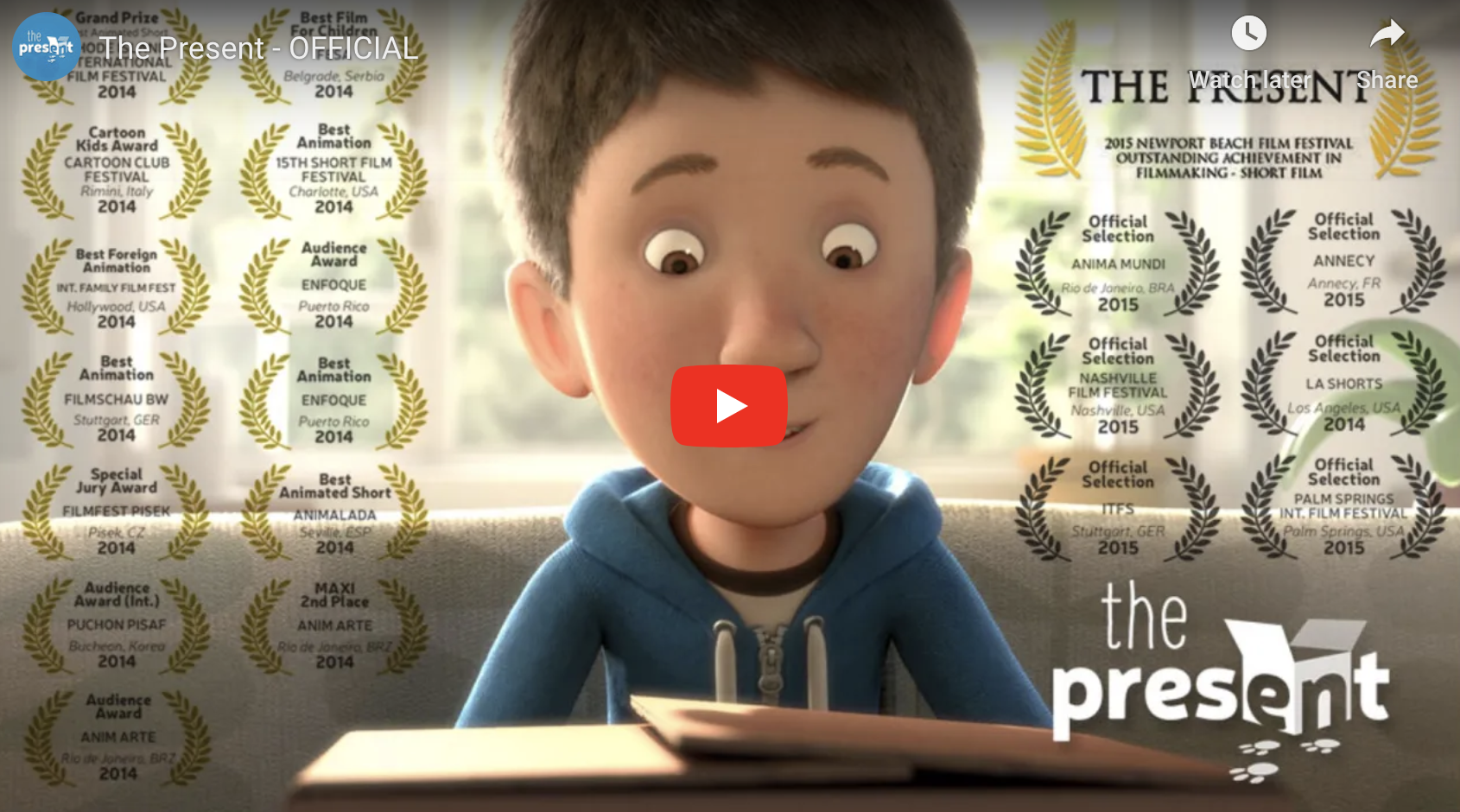 A surprise companion. In 2014, filmmakers Jacob Frey and Marcus Kranzler created The Present, a 4-minute animated short film about a boy whose mother gives him an unexpected present. The film garnered critical praise and more than 70 festival awards, and both Kranzler and Frey were given jobs at Pixar and Walt Disney Animation Studios. It’s just the type of story we need for the holidays.  Watch here.

First ‘Christmas Star’ in 800 years. December 21st marks this year’s Winter Solstice but also the appearance of a rare ‘Christmas Star’ that hasn’t been seen in more than 800 years. On this day, the planets Jupiter and Saturn will appear closer together than they have in centuries, and their closeness will emit a shining point of light – a rare phenomenon that is only visible from Earth. If you own a telescope, time to bring it out. Read more. 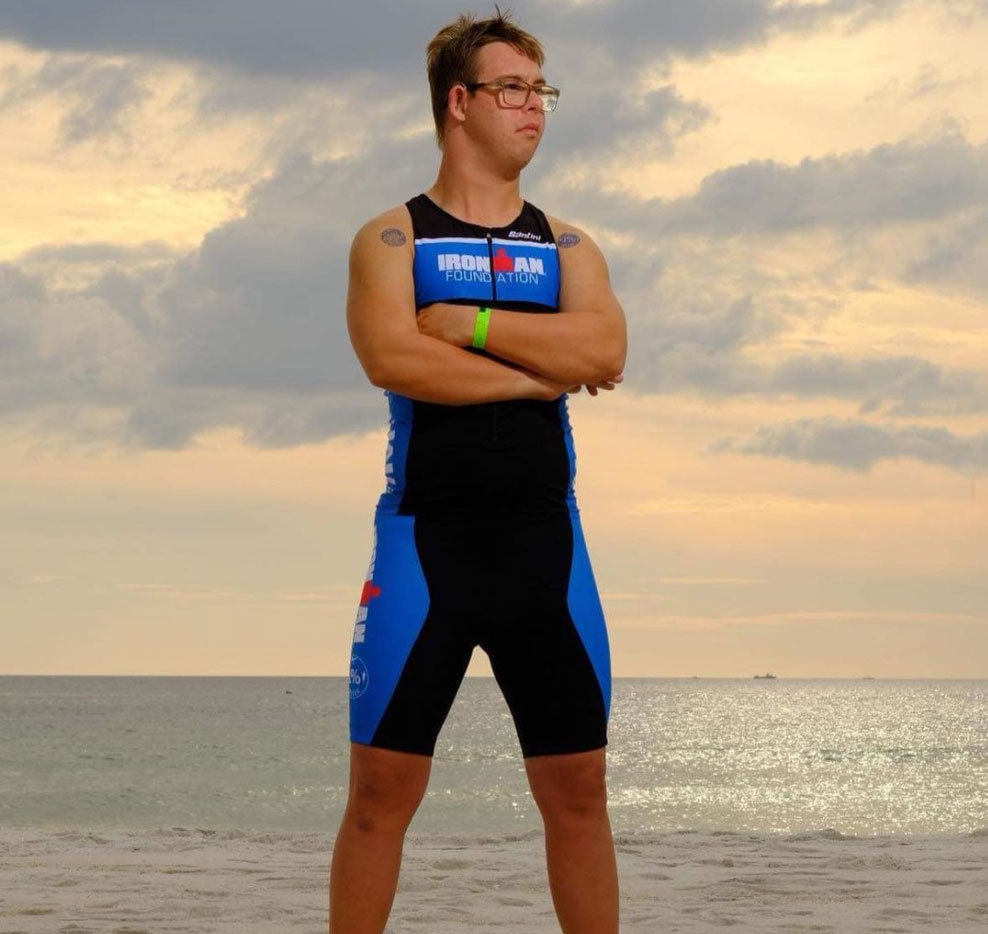 A true trailblazer. Chris Nikic is a 21-year-old superstar who just made history as the first person with Down Syndrome to complete an Ironman triathlon. Besides breaking barriers, Chris helped raise awareness for Down Syndrome and the Special Olympics, and he already has his sights set on new and bigger goals for the upcoming year. Read more. 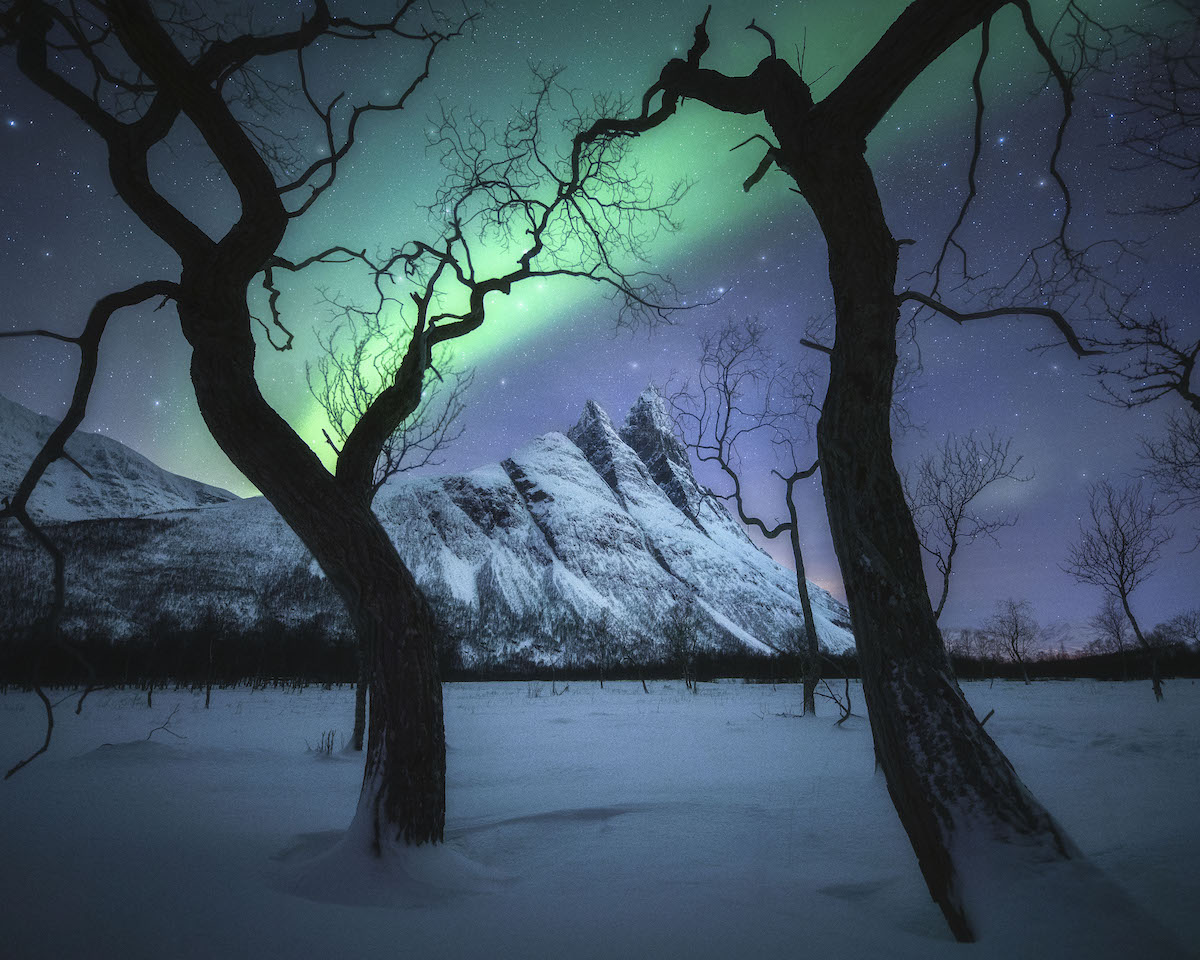 The year’s best landscape photography. This year’s  International Landscape Photographer of the Year competition brought in 3,800 submissions from around the world, and the images are stunning.  Twenty-four-year-old Kelvin Yuen from Hong Kong was the grand prize winner, despite learning photography only six years ago. The planet never looked so gorgeous. Read more. 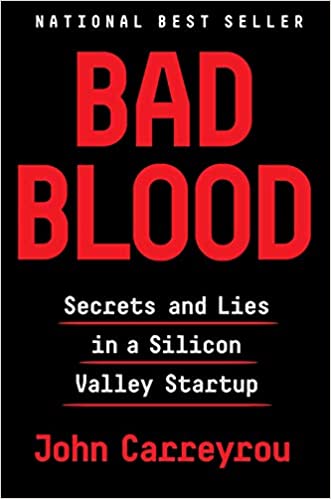 ‘Cuz baby, now we got bad blood. “This book is one of those stories where non-fiction is crazier and more interesting than fiction. A total page-turner. It’s the story of Theranos, the one-time multibillion-dollar biotech startup founded by Stanford drop-out Elizabeth Holmes that collapsed under its own fraudulent behavior. How the company lasted for so long and and hoodwinked some of the largest companies in the world, is absolutely shocking and fascinating. I haven’t seen the HBO documentary, The Inventor, based on the story.” Available here. 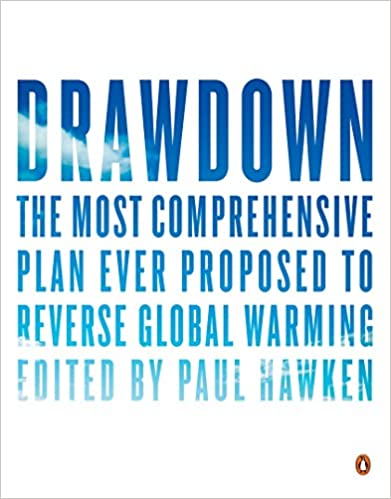 Reversing global warming. “I had the fortunate opportunity to meet author Paul Hawken and he is a force of nature. His book Drawdown explores the 100 most substantive solutions to reverse global warming, based on meticulous research by leading scientists and policymakers around the world. One of the things I took away from this book is the level of excitement out there about how technology can help solve these problems in ways that we would never dream of, and the importance of capital, scientific research, collaboration, and determination to turn the tide and start the drawdown process.” Available here. 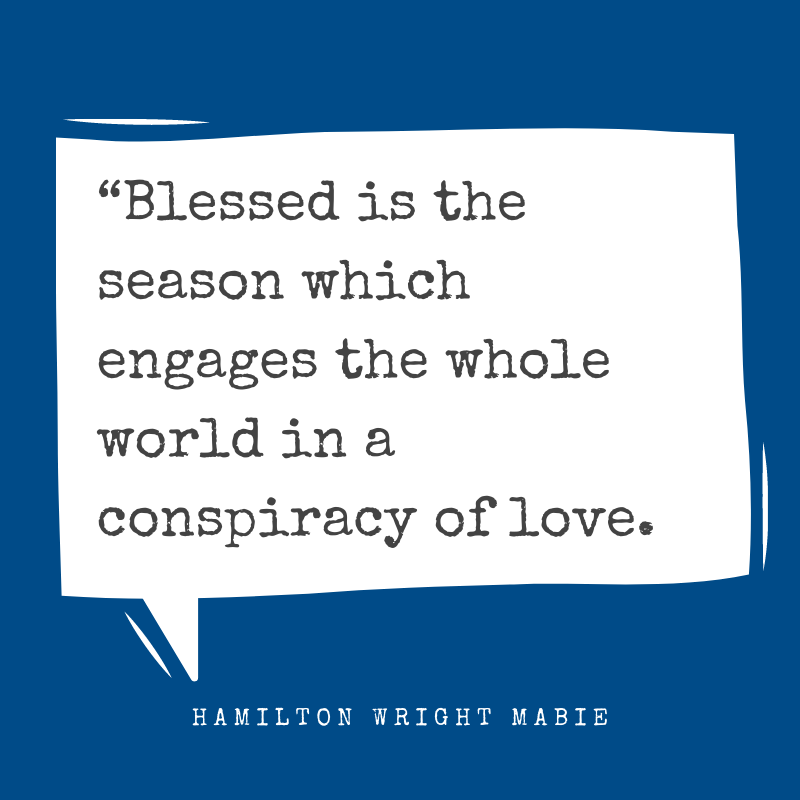 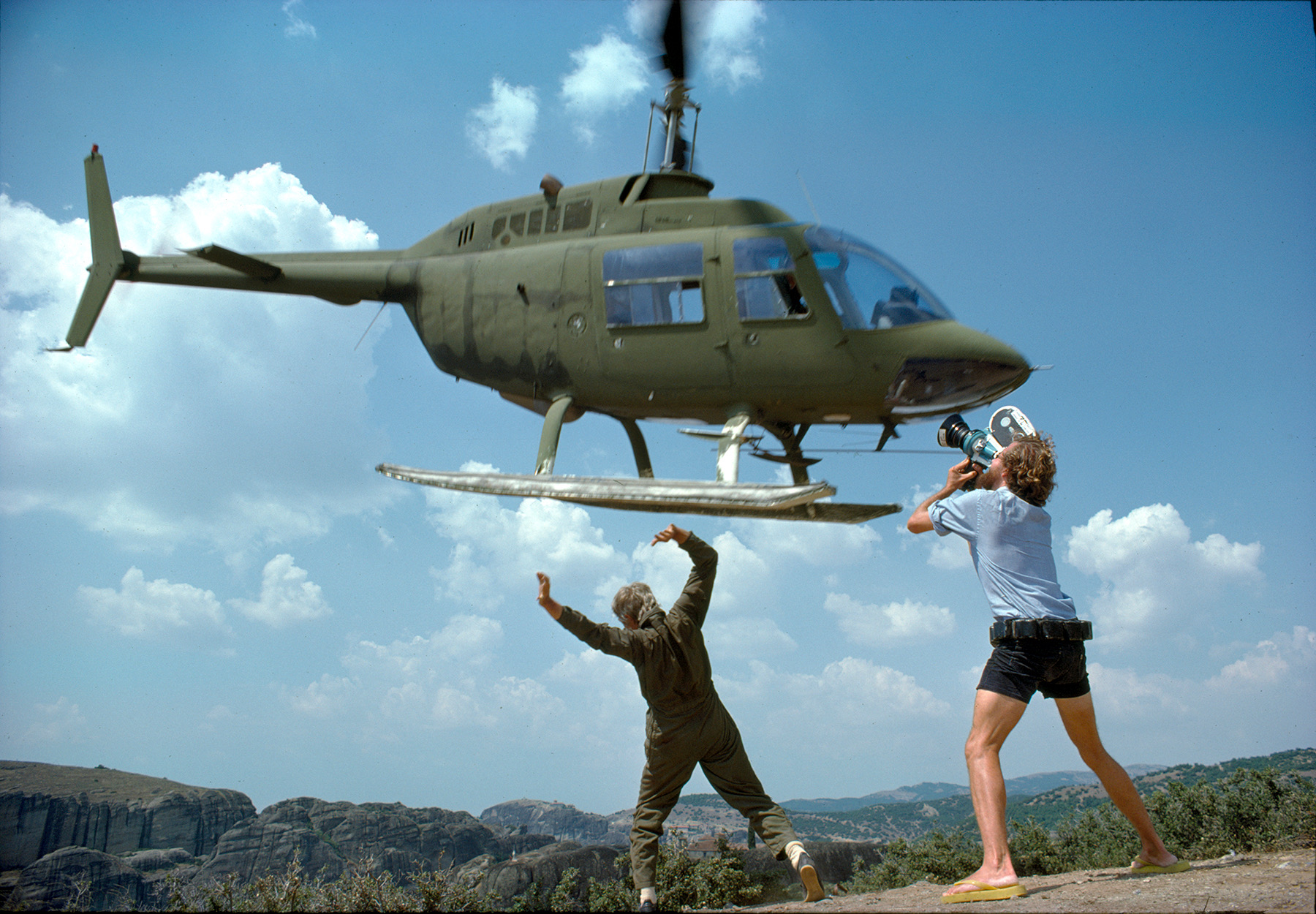 Could have been a close call. “In 1975, as Jim Freeman and I were halfway through shooting To Fly, our first IMAX documentary, we took the summer off and signed on to direct and shoot the action sequences for a Hollywood feature film called Sky Riders. The film’s star, James Coburn, wanted us to film a special sequence of him rescuing people from a helicopter that he grabbed and forced to land by gunshot. The only way we could figure out how to get the shot of James grabbing hold of the helicopter skid was for me to handhold the 35mm camera as the helicopter flew over Coburn and my head. The dangerous stunt was photographed by my girlfriend Barbara for insurance purposes. Fortunately, everything went well, and the sequence was a highlight of the film.” – Greg MacGillivray