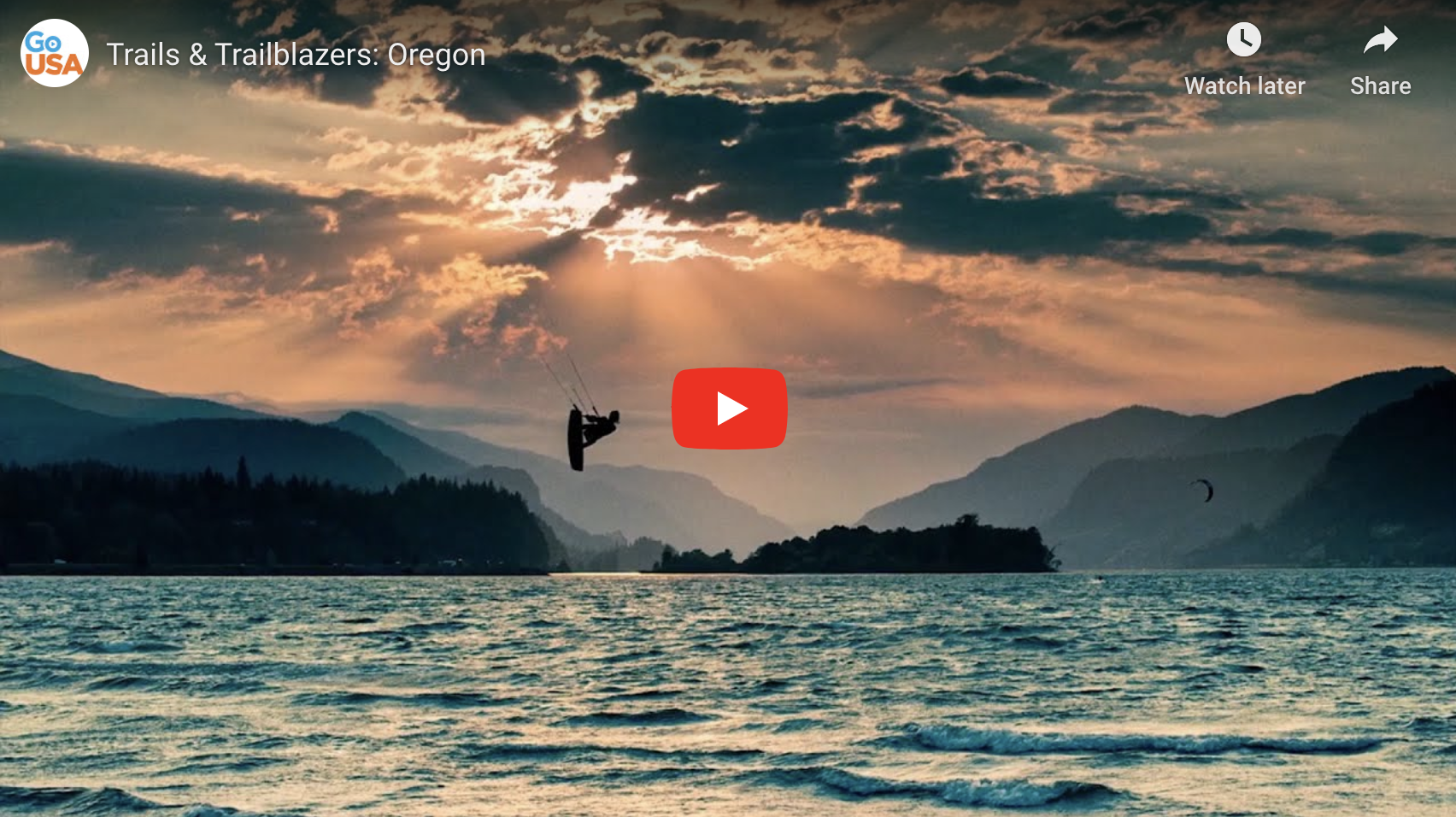 Kitesurfing in Hood River. In episode two of our Trails and Trailblazers short-form series, Ariel Tweto heads to Oregon for some kitesurfing in Hood River, hitting the trails around Crater Lake and walking among giants at a tree-to-tree ropes course. This episode will leave you ready to strap on your hiking boots and head for the great outdoors. Who’s with us? Watch here. 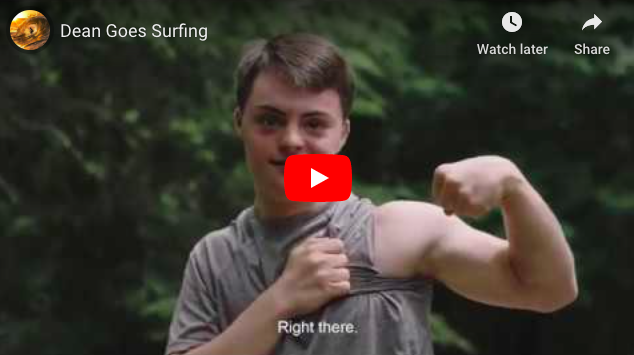 Dean goes surfing. Surfing is part of our DNA here at MFF, so this 3-minute film caught our eye. It is so much more than a surf film though.  Watch this now and we promise your day will be infinitely better. Watch here. 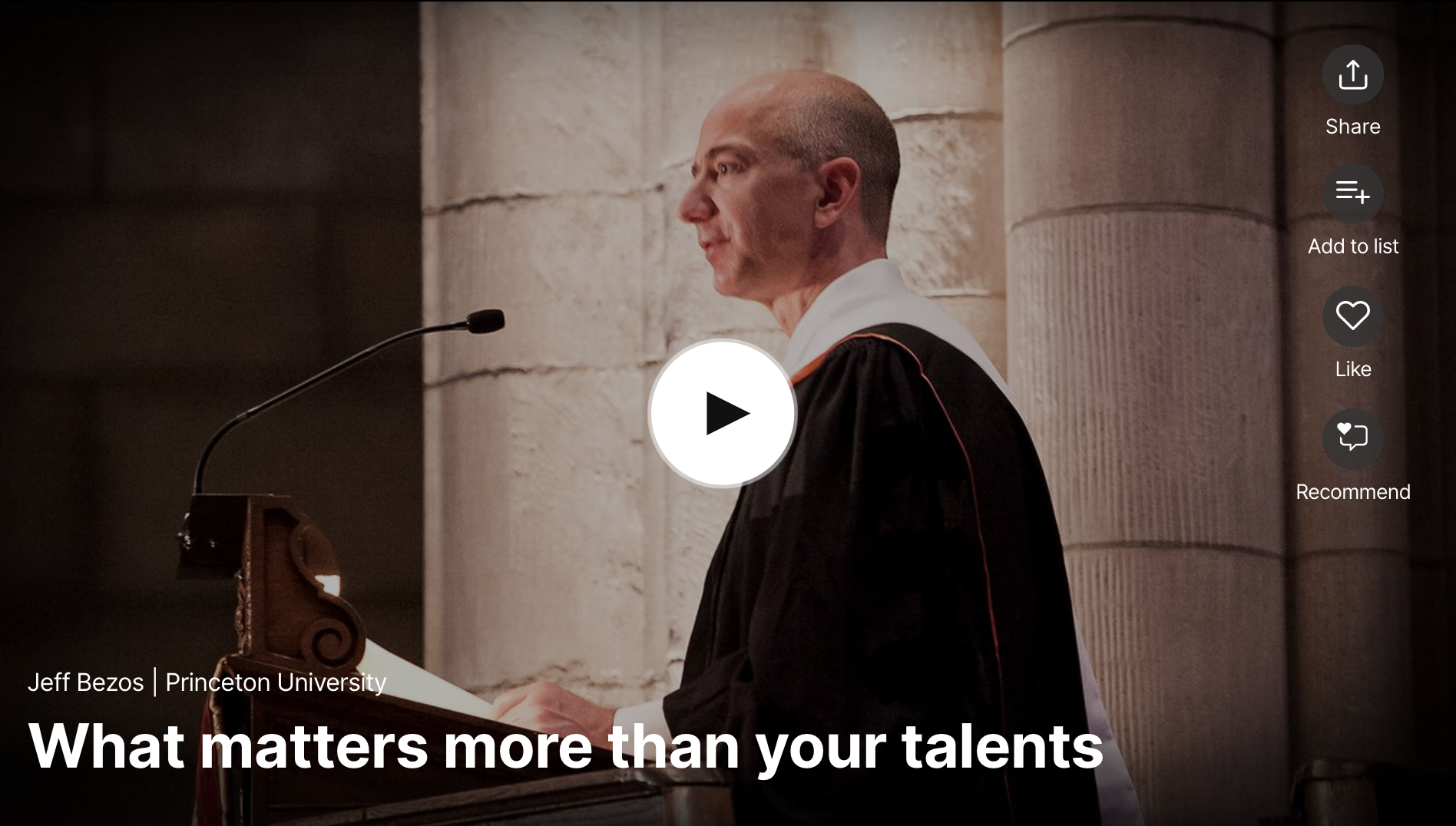 A speech that will change your outlook. Ten years ago, Amazon CEO Jeff Bezos stood before the graduating class at Princeton University and shared some insight his grandfather once gave him: “it’s harder to be kind than clever.” If you haven’t already read this speech, now’s the time to do it. It’ll hit like a gut-punch of inspiration. At the end of the day, how will your story read?  Read it here. 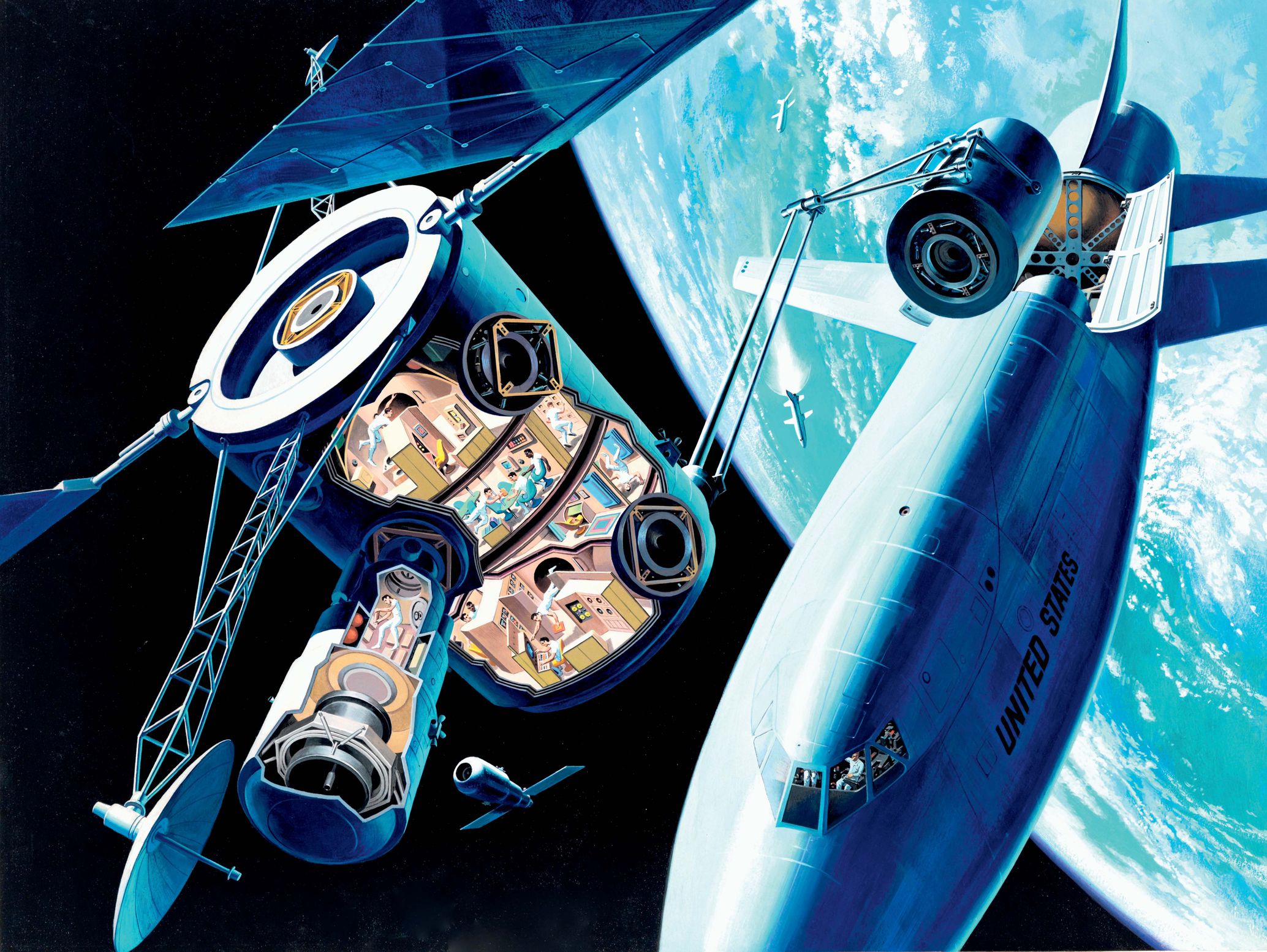 Out-of-this-world art. Did you know that NASA hired artists to conceptualize its ideas and technologies created in the quest to explore the final frontier?  The new book The Art of NASA brings together a collection of 200 artworks from these brilliant visual artists from the 1950s and 60s up to today’s modern space era. It’s a peek at NASA history like no other. Read more. Available here. 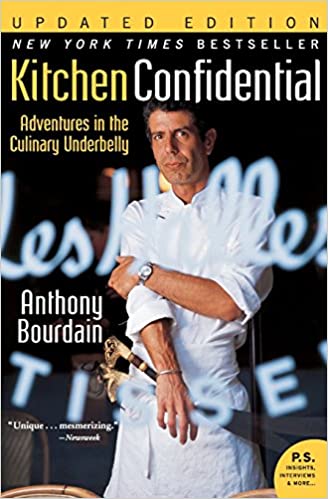 Chef, storyteller, adventurer. “This book is amazing. I didn’t listen to it until after Anthony Bourdain had passed away. In the audiobook, Bourdain narrates it himself so you really feel like he is talking to you about his life story. He dives into all the craziness of being a chef, working the line, and the underbelly of the trade. He was an incredible writer. A true storyteller.” Available here. 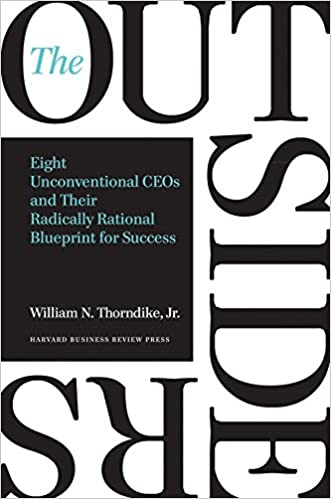 CEOs who think outside the box. “The Outsiders is a must-read for entrepreneurs, CEOs, and anyone who manages a budget. It’s #1 on Warren Buffet’s recommended reading list and it dives deep into the stories of eight CEOs showcasing their capital allocation skills. Not all buybacks are smart, and sometimes what is best is to sell stock or sell your company or one of your divisions, depending on the price. Simple, but not always easy. I loved hearing the stories of these unconventional, unheralded CEOs and how they were able to grow their businesses and shareholder value for decades at unprecedented rates.” Available here. 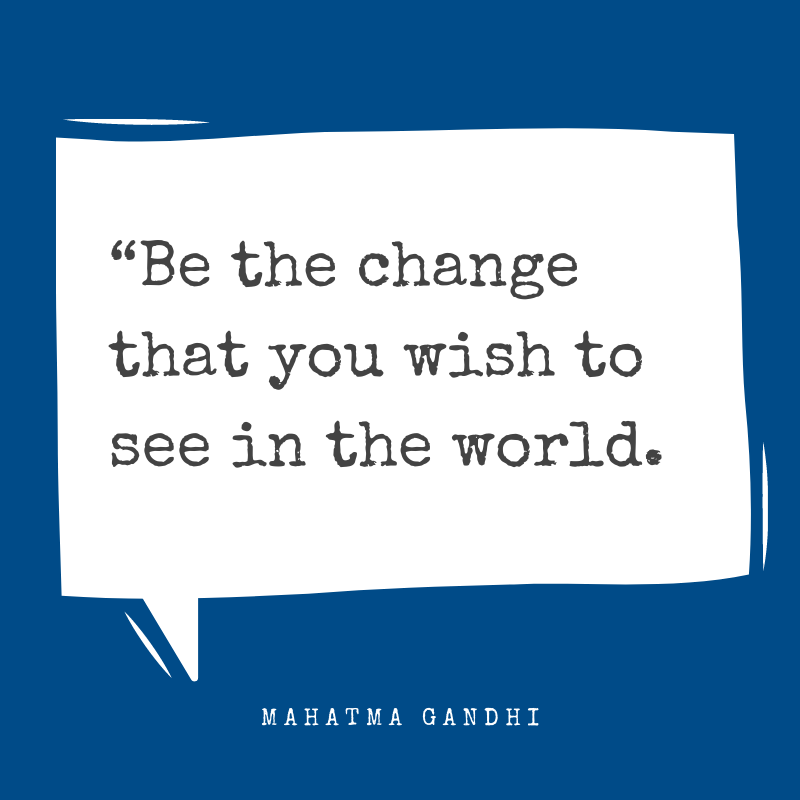 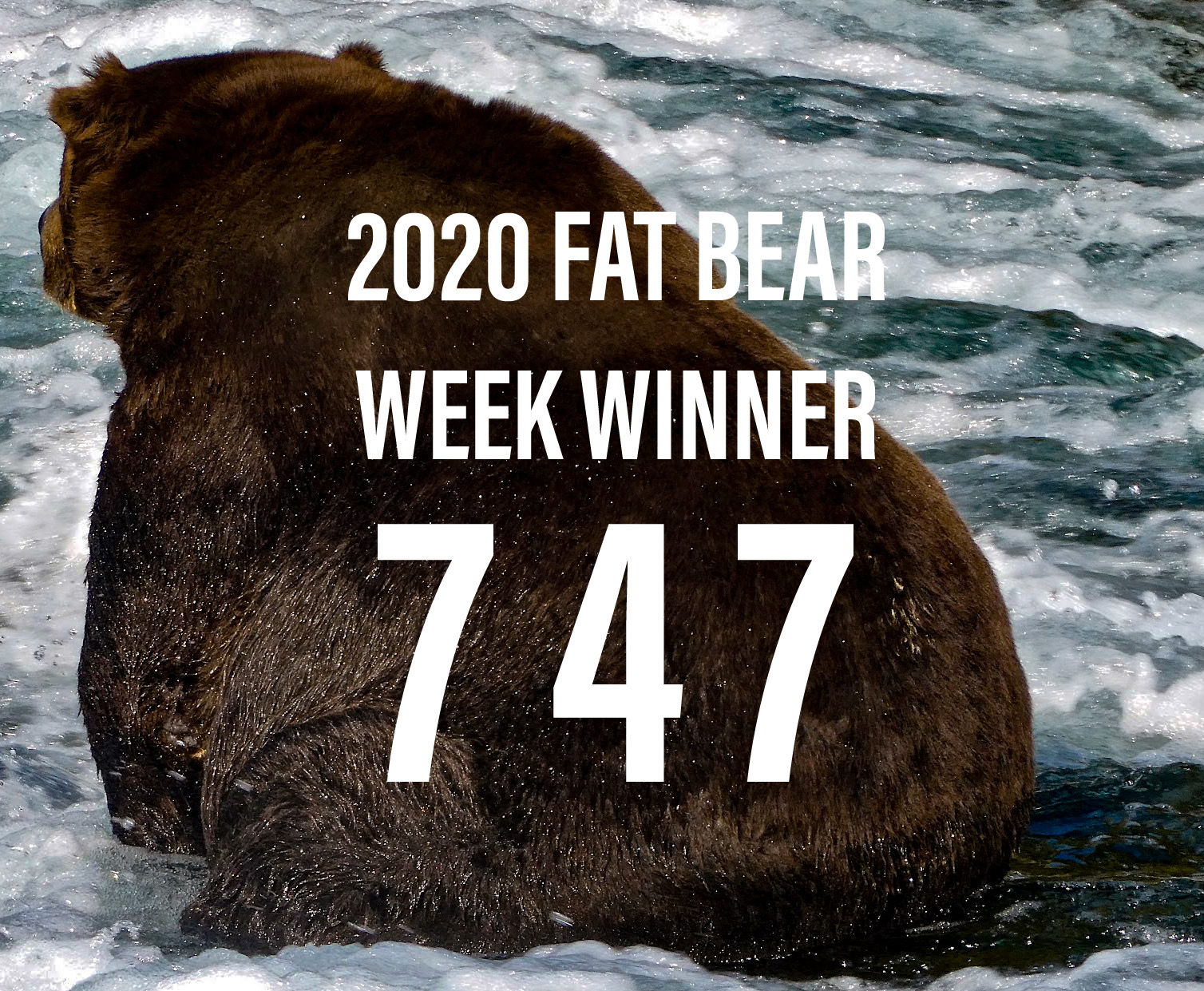 And the honor goes to… Bear 747! Two weeks ago, we highlighted the Fat Bear Week competition in Alaska’s Katmai National Park and Preserve that celebrates the park’s 2,200 brown bears now gorging on salmon as they get ready for their winter hibernation. The final face-off for fattest bear of Alaska came down to Bear 747 and a bear named Chunk—with Bear 747 taking home the final honors.  More than 600,000 votes were cast, up 300% over last year, which seems fitting for these times.  We suppose the National Park Service was right when they said that Fat Bear Week really is “survival of the fattest.” Anyone else feeling a little hungry? Read more. 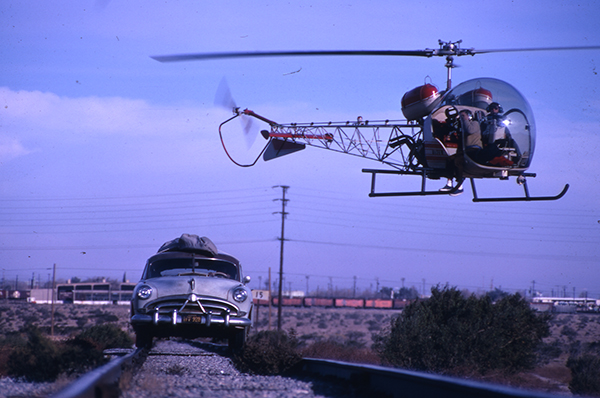 Aerial cinematography specialists. “In 1968, when Jim Freeman and I were exploring the possibilities of filming from interesting angles, we began a career of helicopter shooting. Jim became a specialist. The film that we were working on at the time, Waves of Change, was about a character who would travel across the U.S. from California and then fly to France for a rendezvous. His car was a beat-up old Hudson Hornet, which just so happened to fit perfectly on railway tracks. Jim came up with a fun idea: “Let’s do a scene with Mark crossing the country on these railway tracks, never having a care in the world because he doesn’t have to steer.” So, without filming permits, after finding an abandoned railway track, we used the helicopter platform to make a wonderful shot that conveyed the message and scene. The audience loved it. As our helicopter aerial filming expertise grew, we were hired on jobs in Hollywood for many major motion pictures, including The Towering Inferno, Jonathan Livingston Seagull and The Shining. Unique and rarely seen vantage points became our trademark. And helped build our company.” – Greg MacGillivray